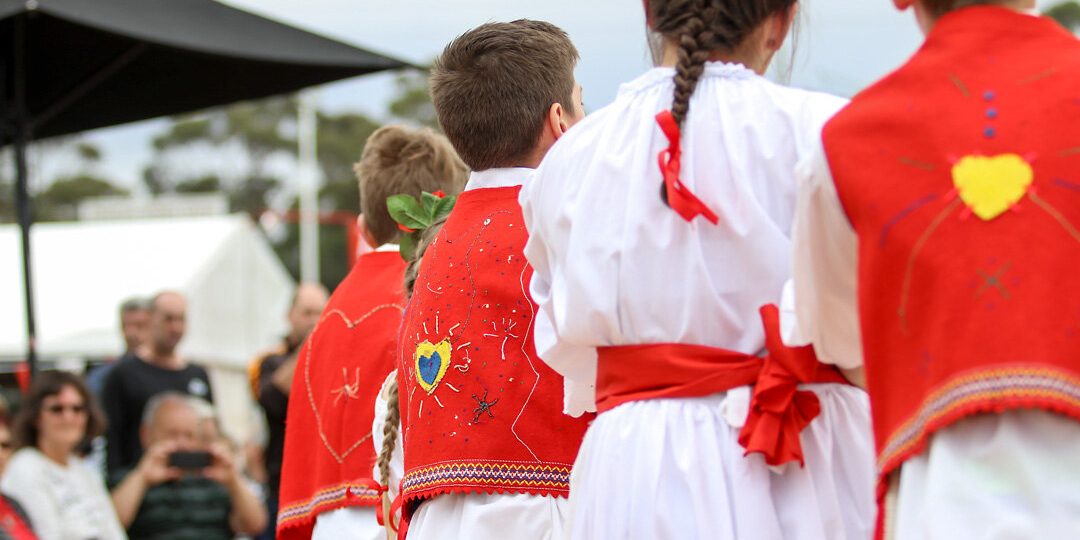 I rise today to speak about the recent Croatian Food and Wine Festival. The Festa, which, in Croatian, is a general description of festivals, celebrations and parties, was held on Saturday 23 November this year. This year marked the 16th consecutive Festa celebration. It was originally started by a small group of volunteers who wanted to celebrate and share their unique Croatian heritage through a festival of dancing, singing, and traditional food and drink.

It provides an opportunity for the Croatian and wider Adelaide community to come together and share in the Croatian culture. From what started with the work of this small group of volunteers, the event has grown in size over the years, and now attracts thousands of people, not just from South Australia but from all over Australia. It is one of the largest Croatian festivals run in Australia. The dedication of numerous volunteers from various South Australian Croatian organisations has allowed the event to run with such success and grow larger in its celebration each year.

I would like to commend the hard work of these volunteers, led by the festival director, Gordana Smoljan, and the Festa committee members who organise the event each year. The work of Mrs Juli Cirjak, President of the Croatian Sports Centre, where the event is held, must also be acknowledged. The event was attended by Premier Steven Marshall, the Hon. Jing Lee, myself and Mr Peter Malinauskas (Leader of the Opposition). The federal member for Makin was also in attendance. His Excellency Joseph Petric, Consul-General of Croatia, was at the event after attending for the first time last year. Her Excellency Betty Pavelich Sirois, Croatian Ambassador to Australia, travelled from Canberra to give a moving speech on the day. It was an honour to attend Festa with my colleagues and these esteemed representatives of Croatia.

Food is a great focus of the event. In reflection of the amazing seafood that can be found in Croatia, a selection of tuna, calamari and prawns was on offer. Spit-roasted meats are another traditional meal, as well as chevapcici, sarma and pita, which is a type of rolled savoury pastry. A selection of imported Croatian beers, wine and spirits was a further presentation of traditional Croatian produce.

The day started with the 2019 Festa Cup soccer match. This sport is close to the hearts of many Croatians, especially after the great success of the country in making the final of the 2018 World Cup in Russia. The program of the day also included many different singing and dancing performances. This included the Hrvatska Zora (Croatian Dawn) group from Melbourne, who performed a folkloric dance routine. The Croatian Sports Centre is also the home of the Croatian Language School, which runs classes for those looking to learn or extend their knowledge of the language. The group of students had put together a performance to celebrate the day. A singing competition, which both children and adults could enter and perform in, singing in either English or Croatian, was also run throughout the day.

The festival, as I have said, is a celebration of Croatian culture for those with Croatian heritage, those who have emigrated to Australia and the generations of families who have been able to preserve their Croatian culture in a new country for years to come. It also shares this culture with those who do not have Croatian heritage. In South Australia, there are over 3½ thousand Croatian-born residents, as well as many more of Croatian descent, with the total community numbering approximately 10,000.

There are many organisations in South Australia dedicated to preserving this culture, including the Croatian Ethnic School, the Croatian soccer club, the Croatian Catholic Centre and the Croatian radio hour. Throughout regional South Australia there are also various Croatian clubs, including in the towns of Port Lincoln, Coober Pedy, Mount Gambier, the Riverland and, of course, my home town of Whyalla.
There has always been an important and longstanding relationship between Croatia and Australia, and I would like to acknowledge the amazing contribution of this community to both South Australia and Australia. This relationship is based on a personal connection that can be drawn between Croatia and the multicultural and diverse society of Australia.

The South Australian government welcomes the opportunity to further highlight the importance of the recognition of the many different cultures and community groups that make Australia the great country that it is. I look forward to attending the Festa again next year and in many more years to come. To any of my colleagues who are interested in any of the finer things in life, great camaraderie, great food and great entertainment, I absolutely recommend your attendance.